Reading the sequence of DNA molecules (the order of As, Gs, Cs, and Ts) is how ACAD researchers reconstruct the history of life. However, life at a cellular level is an intricate dance of simple and complex molecules – proteins, fats, carbohydrates – all working in concert to keep cells alive. DNA is part of this dance, the sheet music from which the music is read, providing the master copy of instructions for complex molecules such as enzymes. To ensure each of these molecules is made only when they’re needed, the DNA is not free-floating, but bound, packaged, and carefully regulated. Unfortunately, sequencing machines can only deal with pure DNA; all those other molecules will cause critical errors. So first we must separate the DNA wheat from the chaff by doing a DNA extraction. 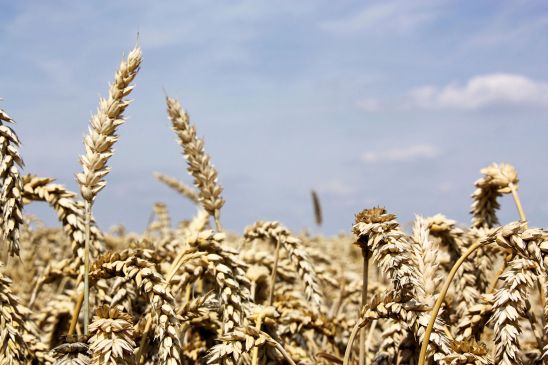 Figure 1: Wheat seed heads. Before the wheat grains can be used, the tough dry cases enclosing them – the husk or “chaff” – must be removed. Credit: Dako99.

DNA extraction is the first step in analysing a sample at ACAD (and in any DNA sequencing research). The procedure isolates DNA from the interconnected web of molecules present inside the sample, and takes at least two days in the ultra sterile ACAD ancient DNA lab. However, despite the time needed, the method is surprisingly simple:

The chemistry behind this is complex, but the process itself is relatively straightforward. In fact, you can extract DNA from strawberries in your own kitchen with just water, washing-up liquid, rubbing alcohol, and table salt.

However, unlike a recently picked strawberry, very little DNA is present in the kinds of samples we have in the ACAD ancient DNA lab. People in ACAD have worked with ancient bones, feathers, soils and dental calculus. To get enough DNA to sequence, the methods used at ACAD have been finely tuned over years of study, extending the above two-hour kitchen experiment into a two-day lab procedure. The steps are still basically the same though, following the three-stage process.

DNA on the outer surface of our ancient samples is mostly contamination (DNA from other sources that has stuck to the outside of the sample while it was buried, stored, or handled) and we normally don’t want this DNA to be sequenced. Usually a sample has its DNA extracted because we are specifically interested in the DNA of that organism. There may be occasions when contaminant DNA is of interest. For example, forensic studies are often looking for the tiny amounts of DNA left when someone touched an object. However, as standard, we remove or destroy this contaminating DNA. To do so, we irradiate each sample with UV light and physically remove and/or bleach the outer surface of each sample.

In the ancient DNA lab, our equivalent of the salt/soap/enzyme mixture from the strawberry experiment is instead made up of the [unpronounceable – Ed] ethylenediaminetetraacetic acid (EDTA), sodium dodecyl sulphate (SDS), and Proteinase K (an enzyme that cuts up protein). These chemicals break down complex molecular structures, including fatty cell membranes. EDTA also dissolves calcium salts, and thus helps dissolve bone (which is largely calcium phosphate) and other calcium-based structures, releasing DNA trapped inside. The sample is left mixing in this chemical soup overnight at 55°C: Proteinase K’s preferred temperature for cutting up proteins. Collagen is a common protein molecule in animal tissues, and one that Proteinase K is needed to break down. Afterwards, the DNA and all the other chemicals – now chopped up into small pieces – float around freely. All that remains is to separate the DNA.

This step is the most different from the strawberry experiment. In the kitchen, alcohol is used to make the DNA visible by forcing it to clump together. Clumping is great for seeing the DNA, but not great for the sequencing machine, which needs individual DNA strands so that each one can be analysed separately. Instead, we add a solution of silica particles and guanidinium thiocyanate (shortened to GuSCN, oddly). DNA will stick to silica when GuSCN is present. This method is very effective at capturing DNA, but we have to be very careful. GuSCN reacts with bleach to form a lethal cyanide gas. We regularly clean the lab using bleach, so precautions are taken to make sure the two chemicals never meet. Fortunately, the DNA is bound to the silica within an hour. Using a centrifuge, the silica can be collected into a pellet at the bottom of the tube. The liquid in the top of the tube can then be removed, taking much of the unwanted proteins, fats, and salts with it. Unfortunately, some of the chaff molecules get caught among the silica pellet. These aren’t bound to the silica like the DNA, so a couple of rinses with ethanol remove them all. To unstick the DNA from the silica we use TLE buffer (this is basically just water, with a few chemicals to make the pH more alkaline). DNA will dissolve in the pH 8 – 9 TLE buffer and return to being free-floating. To finish, we centrifuge the mixture again to separate the silica particles from the DNA solution. Voila! We have separated the wheat (DNA) from the chaff (the rest of the sample).

In the ACAD labs, we have freezers full of these DNA extracts in carefully marked tubes just waiting for the next step on the way to being sequenced…

[This is the first in a series of “explainer” style posts in which we’ll be demystifying the everyday procedures used at ACAD. Much of science reporting focuses on the end results and the big findings, and neglects the methods – the actual science – used to reach that point. We believe that communicating the “how” is just as important as the “what”. Understanding the process itself helps to give context to findings, and allows a greater appreciation of the triumphs and limitations of research. That is what we’re seeking to provide with this series. – Ed]